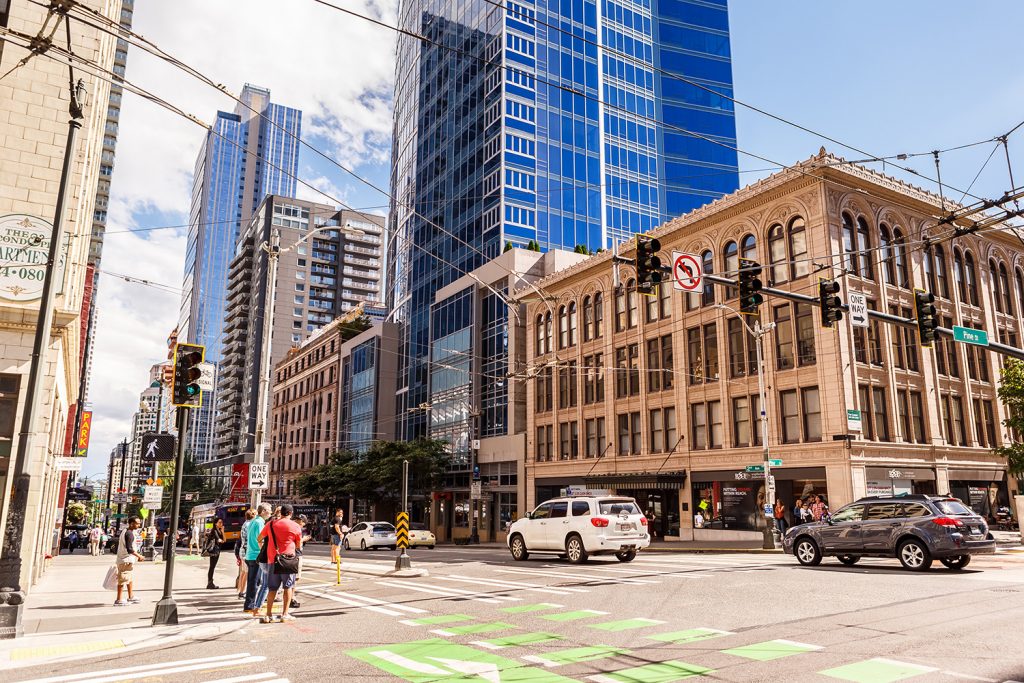 The Pike Pine Corridor is a small neighborhood on the northern edge of Seattle’s downtown area, and it’s well worth a visit during your next stay. From its critically-acclaimed selection of restaurants, to some cultural landmarks and peaceful places to relax, there’s plenty to enjoy when spending an afternoon exploring Pike-Pine.

Start the afternoon off by treating yourself to an upscale lunch at Lark Restaurant, one of the standouts on the Pike-Pine dining scene. The New American restaurant focuses on high-end seafood options served in a modern dining room. Oyster lovers can try the region’s best from the onsite raw bar.

One of the most iconic artists to ever come out of Seattle may well have also been the greatest guitar player to ever live. While you’re in Pike-Pine be sure to stop by the intersection of Broadway and Pine, where nearby there’s a bronze statue of Jimi Hendrix on his knees shredding a riff in the way he was so famous for doing on stage.

Right by the Hendrix Statue is Cal Anderson Park, which is a spacious green space where you can lay your head and get some sun on the right day. It’s a peaceful oasis in the Pike-Pine neighborhood with scenic attractions like the Cal Anderson Park Reflecting Pool, and the Lincoln Reservoir.

Shoppers and diners should also stop by Harvard Market while spending an afternoon exploring Pike-Pine. The small shopping center is comprised of a collection of retail shops and casual restaurants.

Get A Healthy Dinner at Plum Bistro

Finally, you can wrap up your day walking around and exploring the area with another meal at an acclaimed Pike-Pine restaurant. Plum Bistro is an organic, sustainable vegan restaurant that specializes in seitan and tofu-based dishes served in an artsy atmosphere.